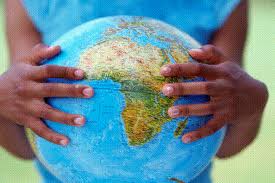 
Innogen has a decade long track record in seeking to understand how innovation and capacities become sustainable in national health systems, and this session on Global Health and Development broke down some of its thinking.

The message Julius Mugwagwa (Innogen OU) wanted you to take away from his opening presentation was: decision making matters. As he explained, evidence shows that health care is in need of strengthening, but a paradox exists given recent medical advances, increasing funding and expanded range of actors and institutional innovations. As a result, policy and decision-making systems will play a large role in health system strengthening.

Using the examples of the Zimbabwean and South African national health systems and the International AIDS Vaccine Initiative, Julius explored innovative options for building long-term health system resilience and delivery capacity, including: sustaining and embedding projects, programmes and capacities in a health system that is viewed as important by all stakeholders; understanding that while more money is needed, so too are innovative ways of deploying it in health systems; and recognising that policy plays a crucial role.

Rebecca Hanlin (Innogen OU) continued the discussion on capacity building. Focusing on global health partnerships, she began by defining capacity building at its micro (individual skills training and infrastructure support), meso (networking, learning and knowledge exchange opportunities), and macro (creation of a wider policy level enabling environment) levels. But why is this important? As Rebecca explained: there is a return to wider notions of healthcare, health systems strengthening and horizontal programmes; there are funding shortfall by donors and scientific hold ups; and a recognition of the growth potential more widely of local capacity.

Ultimately, PDPs are a way of providing capacity building. By operating as ‘new’ institutional forms, they have the ability – but also the need – to: build crucial individual level skills in the scientific arena within developing countries, but also building meso level institutional and macro level enabling environment capacity.

Geoff Banda (Innogen OU) also seized upon the issue of capacity by exploring a forgotten one. As he explained, academic and professional discourses tend to focus on technological capabilities, technology transfer, economies of scale, human capital, and markets for drugs; however, the capabilities surrounding the financing of working capital and capital investment and the role of financial institutions remain neglected.

Drawing on the financing of antiretroviral drugs manufacture in Zimbabwe, Geoff sought to rectify the previous lack of discourse in this area by addressing sources of finance for working capital requirements and capital investment to import technologies, as well as the technological capabilities surrounding access to finance at pharmaceutical companies and technological capabilities surrounding loan origination at finance institution. His argument: finance is just as important as investment, production and linkage capabilities.

Dermot Maher (Wellcome Trust) gave the closing response following Innogen’s presentations. Funded by Sir Henry Wellcome – a man equally known for his impressive moustache as he was for his impressive endowment – the Wellcome Trust is a global charity foundation dedicated to achieving extraordinary improvements in human and animal health. As an external stakeholder of Innogen’s work, Dermot recapitulated the themes from the previous presentations and underscored research capacity strengthening and the need for equitable partnerships.
Posted by mobo at 10:05