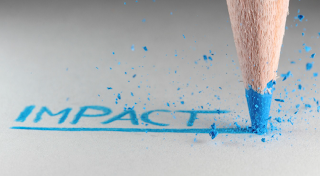 Catherine Lyall (Genomics Forum), chairing, opened the session by remarking that “The research conducted by the EGB has had an impact way beyond academia.” We couldn’t, she said, demonstrate the full scope if its global reach in one short session – but the speakers had a jolly good go.

Joyce Tait (Innogen), herself no slouch when it comes to speaking truth to power, or to policymakers, at any rate, introduced Michael Oborne, formerly of the OECD. In 2006, Innogen was contracted by the OECD to develop scenarios of healthcare in 2030, a project which, Professor Tait said, was “quite formative” for the centre. The scenario report, Health Biotechnology to 2030, considered the pathways that health biotechnologies could follow, the future trajectory of the bioeconomy primarily in the context of human health, and the likely societal, economic and policy impacts of these projected outcomes, positing two potential scenarios . Outlining some of the report’s key points, Dr Oborne said one scenario in particular underscored the necessity of changing regulatory systems to control conditions under which innovation can take place – regulators are the gatekeepers to innovation.

Christine Knight (Forum) spoke about a joint project between the Forum and the Human Genetics Commission (HGC) in 2008, a ‘Citizens’ Enquiry into the forensic uses of DNA and the National DNA Database’. The report identified 10 topics of particular concern, which were subsequently used by the HGC as the basis of a public consultation. Sarah Cunningham-Burley, at the time a member of the HGC, made a video contribution (the film was made by the Forum’s very own filmmaker-in-residence, Cameron Duguid – isn’t it handy to have a filmmaker in the house? You never know when you might need one), praising’s the Forum’s expertise, particularly its efforts to engage groups generally regarded as ‘hard to reach’.

Cesagen’s contribution was a reflection on the interface between academia and Parliament, focusing particularly on the benefits of policy placements. Sarah Bunn of the Parliamentary Office of Science and Technology (POST), gave an overview of the work of POST, mentioning particularly POST fellowships, which give postgraduate or early career researchers the opportunity to work with POST on a specific briefing or project. She also said the POST is to recruit two social scientists, which has to be seen as something of a surge of recognition for the field. Richard Watermeyer (Cesagen), talked about his own experience of a short POST placement, part of his impact and engagement research. “I can’t tell you what an eye-opener it has been,” he said, although he did a pretty good job of telling us. Richard is soon to take up a two-year secondment in the office of the Chief Scientist for Wales, the first time a social scientist has been offered such an opportunity. Keep this up, Richard, and when Wales realises it needs a Chief Social Scientist you’ll have to be in the frame.

As if the excitement of having representatives from the OECD, the Human Genetics Commission and form Parliament at an EGN conference weren’t enough, the session finished with a media celebrity. John Dupré (Egenis) discussed the role the media can play in communicating social science with Today Programme presenter Evan Davis. Luckily for John, Evan displayed none of the rottweiler interviewing technique for which that programme is famous. He focused first on ‘metaphorical mythbusting’, citing John’s work on deconstructing the ‘tree of life metaphor, and the notion of the genome as ‘blueprint for life’. “Understandings of science do congeal around these metaphors,” said John. “To advance understanding and improve discussion, we need to get rid of them.” Following more discussion about metaphors and their use and abuse, Evan returned to John’s work on evolution, remarking that it had upset some by appearing to give comfort to creationists. John described the reaction of some scientists to the debate as ‘circling the wagons’: “The shocking thing is if science becomes as dogmatic (as creationism), because then the opponents have won.”

The upshot of this session, however, has to be: Round five to the EGN, and a victory on points.
Posted by mobo at 11:39