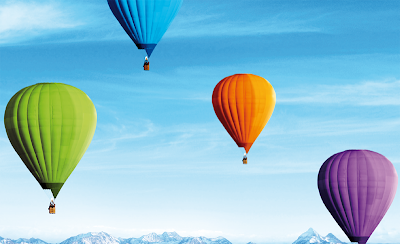 The final session of the 2013 EGN conference was appropriately dedicated to examining how engagement between the social and life sciences would continue beyond the Genomics Network.

In his introduction, the session chair – Graeme Nicol, Former ESRC Research Committee Member and Impact Champion – indicated how appropriate it had been that the conference had focused on the “return on ESRC’s investment” the Network had achieved during the last decade, demonstrating exactly how substantial this had been. With that investment now nearing its end, the closing session of the conference would allow the Directors of the four Network Centres to not only to look back on their work, but to also to highlight the future plans and trajectories for these.

The Genomics Forum was first to contribute, with former Deputy Director, Dr Steve Sturdy, speaking in place of Forum Director, Professor Steve Yearley, who unfortunately was unable to attend the conference due to illness.

Steve commended the ESRC for, 10 years ago, having the vision to identify the important transformations that developments in the life sciences were beginning to have upon society. The ESRC responded accordingly by funding the three research Centres and the Genomics Forum to investigate and engage with these societal impacts, under the umbrella of the Genomics Network.

Elaborating on the work of the Genomics Forum, Dr Sturdy indicated that the ESRC was visionary in establishing this not to undertake research, but to provide an interface between the issues being researched by the other three Centres and key stakeholder audiences, including scientists, policymakers and the public.

Steve concluded by indicating that even though there would no longer be a role for the Genomics Forum beyond the end of the Genomics Network, an element of “Forum-ness” has been inculcated into the remaining Centres and more widely, and this would act as a fitting legacy to the Forum’s work and impact.

Professor David Castle spoke about the future direction of Innogen. He indicated that the partnership between the University of Edinburgh and the Open University would endure, and this had been cemented by the establishment of a memorandum of understanding. The Centre was undertaking a process of rebranding; reflect its ongoing movement away from its original focus on “genomics” to a more general interest in socioeconomic influences resulting from the life sciences and technical innovation.

David further indicated that the repositioning of Innogen to become the Innogen Institute would be phased, with the new Centre increasing its activity on the run up to the final cessation EGN-related research in March 2014. The work of the new Innogen Institute would build upon that of the old Centre, which had recognised publications in almost all areas of “the Web of Science”, and the Institute’s work would be supported by an ever increasing number of UK and international funders.

Professor Castle also noted that as well as undertaking research, the new Institute would focus upon providing tailor-made training, such as the new MSc in Management of Bio-economy Innovation and Governance.

Setting out the future direction of Cesagen, Professor Ruth Chadwick indicated that the formal collaboration between the Universities of Lancaster and Cardiff would cease in June 2013. However, a number of pre-existing links and collaborations will continue, resulting in tangible outputs such as the journal New Genetics and Society.

Cesagen will continue as a Cardiff-based centre for social science research, but it would transform itself to become the Centre for Ethical and Social Aspects of Genomics and Epigenetics (CESAGENE). Ruth stated that research activity would be located at the Cardiff School of Social Sciences, but would also feature internal collaborations with other schools at Cardiff University. Cesagene’s research would focus on key themes that include: personalised medicine; epigenetics; ageing; and food.

Egenis Director, Professor John Dupré, started by identifying that his Centre had a different background to the others within the Network, resulting in some distinctive features in the work Egenis undertakes. Specifically, Egenis has brought together the fields of sociology, STS, the philosophy of science, and (increasingly) anthropology, which do not necessarily naturally complement each other. Its work has been wide-ranging during the last decade, covering subjects as diverse as polygenic disease, the “philosophy” of stem cells, and “big data”.

John set out that his Centre will also continue beyond the end of the Network, with Egenis being the title that represents the Exeter Centre for the Study of the Life Sciences. The Centre would continue to focus on research into areas such as: genetics and identity; health technology and its impact on society (and in particular, the role of diagnosis); autism, dyslexia and ADHD; and the role of data within research.

Professor Dupré will continue as Director of Egenis. In addition to this role, he will lead a project relating to the ontology of contemporary biology.

With the Centre Directors having set out their visions of the future for their respective institutions, the ESRC Chief Executive – Professor Paul Boyle – concluded the conference. He stated that the ESRC had made a very wise choice when it agreed to fund the Genomics Network a decade ago. The Network exemplifies the historic and future requirement for research into the societal impact of developments in the life sciences, and it will still be a number of years until it is known exactly how successful the ESRC’s investment has been. In many ways, “This is not the end…” Professor Boyle stated. Although the ESRC may not now fund the Network directly, it will remain very supportive of the sort of social science research Network Centres have, and will continue, to undertake.
Posted by mobo at 11:42