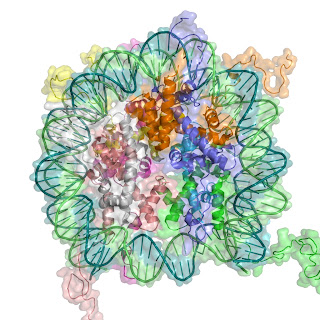 In the second set of parallel sessions on day one was the session on epigenetics.

Marcus Pembrey provided an introduction to the field of epigenetics.  He outlined a number of epigenetic mechanisms which are associated with regulating gene expression, including DNA methylation, histone modification and regulation by micro RNA.  DNA methylation involves the addition of a methyl group to certain parts of DNA.  Where this occurs in gene promoter regions, it has the effect of silencing gene expression.

While it was always assumed that there were some epigenetic mechanisms involved in cell development, a recent advance has been in linking epigenetic modifications to environmental factors.  In particular, Marcus pointed to a number of studies which demonstrate how epigenetic markers are affected by early life environment and early life socio-economic position.

John Dupré discussed the enduring nature of epigenetic changes, including the methods of epigenetic heritability and their impact on evolution.  The nature-nurture distinction has perhaps outlived its usefulness as the interrelationship of the inherited and the experienced becomes more evident.  Epigenetics seems to rule out the gene-centred determinism that underlies some neo-Darwinist accounts of evolution. Epigenetic mechanisms point to a mode of inheritance involving genetic, epigenetic and cultural elements.

There is debate surrounding the mechanism of epigenetic inheritance.  Some evidence suggests that that epigenetic changes may be heritable during cell division, but this is controversial.  Other inheritance mechanisms may involve new exposure to environmental factors which bring about epigenetic change with each generation. This appears to have been the case in studies of rat maternal grooming patterns.

Ilina Singh addressed some of the social scientific questions arising as a result of emerging epigenetic knowledge.  As the influence of environmental factors on development becomes clearer, there will be a growing space for social scientists to add constructively to the investigation of epigenetic causes of disease.

Increasingly, conditions affecting adults may be seen as developmental disorders with their origins early in life.  An ecobiodevelopmental approach may be necessary to properly address the interrelatedness of genes and environment and to identify the relevant actors.
Posted by mobo at 10:16