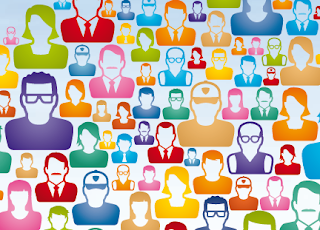 The ‘people legacy’ session at the EGN Conference came at an interesting time for me personally. I’m about to be made unemployed, and to go along to a session celebrating the capacity-building function of the network – its ability to launch its graduates and postdocs on successful careers – brings mixed feelings. The rather significant unsaid at this week’s conference is that the end of a major research council investment, such as the Genomics Forum and the ESRC funding for the three EGN centres, brings at least the potential for large-scale unemployment.

I can’t speak for the other centres in the Genomics Network. But at the Forum, although the threat of mass unemployment has receded, several staff (myself included) still don’t know where we’ll end up next. That’s not quite true – I know I’ve got a well-deserved and well-planned summer break first of all. But come the autumn, I may or may not have my dream fellowship funded elsewhere at the University of Edinburgh. And if I don’t, who knows?

Planning a career break is not something I’ve done lightly, and I certainly wouldn’t change the decision. But there are moments when I do question my faith in my own employability, such as when I talk to other research fellows who’ve interviewed for the same fellowship schemes I’ve applied for, and then been turned down. Am I just demonstrating breathtaking levels of Gen-Y arrogance? Will I find myself locked out of academia for good, REFability or no REFability?

At gutter-gazing moments like these, it’s always good to go to a conference session dedicated to the stellar success of former EGN PhD students and fellows. 89 PhD students completed during the lifespan of the EGN – a very considerable achievement, as chair Steve Sturdy pointed out, on top of the core research outputs of the centres. Of these, 4 spoke about their postgraduate and postdoctoral experiences in this session.

Heather Walmsley studied at the Lancaster branch of Cesagen and is now Banting Fellow and Postdoctoral Teaching Fellow at the University of British Columbia. Hristina Petkova did a PhD in health economics at Egenis and now works at King’s College London. Farah Huzair studied agricultural biotech innovation at Innogen at the Open University, moved to Canada for a postdoc at Dalhousie, and has now returned to Innogen at the OU. Jonathan Suk, a former Genomics Forum Research Fellow, now works for the European Centre for Disease Prevention and Control.

These are sparkling stories and they go some way towards justifying my belief that I should dry-clean my interview suit and polish my shoes, just in case. But there are also stories behind these stories that I’d like to hear. All 4 of the speakers in the session had made significant moves – across the pond, the North Sea, or the country. Were these upheavals wanted? Were they planned? Are even the most successful junior academics subject to circumstance, and the assumption that we can pack our bags and our lives at a moment’s notice and traipse across the world to follow a job? What becomes of friendships, relationships and family ties in these situations?

There are certainly rich personal gains to be had out of academic adventure, and I’m not (just) talking about money and professional success. But are there other personal costs? What is gained and what is lost when Dr 20-Something packs up and ships out? These aren’t just gains and losses for the individual, but for the institution that has invested time and money in her or his training.

One of the reasons I believe the EGN has been so successful – and we heard much about its success from Paul Boyle, Chief Executive of the ESRC, in his closing remarks later in the day – is the employment security it has offered to junior and senior staff alike. My own 5-year postdoctoral contract is extremely unusual, and my peers across the network have been similarly fortunate. This security has nurtured capacity and careers, allowing enormous scope for creativity in research, knowledge exchange and public engagement.

At this uncertain moment, I can only express two hopes. First, I hope that this investment pays off, for me and others in similar positions across the network. Second, I hope the EGN’s ‘people legacy’ reminds the ESRC and other research funders of the value of investing in early-career security and stability.
Posted by mobo at 10:19