EGN Conference 2013 – Parallel One: Democratising Sequencing: Next generation sequencing and its social, political and ethical frictions 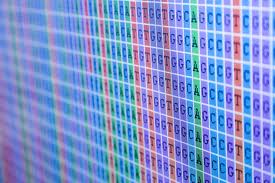 The first parallel session of the EGN Conference, chaired by Dr Ruth McNally, concerned itself with debates on open science and its particular resonance in the field of next generation sequencing.

Dr Nick Loman opened proceedings by providing an overview of the crowd-sourcing phenomenon associated with big data. Having started by outlining the volume of sequencers across the world, as well as those involved in the analysis of the results they are offering, Loman then offered a particular case study of an outbreak of E. coli in Germany between May and July 2011. In this example, which resulted in nearly 4000 cases and over 50 deaths, he highlighted the impact of crowd-sourced analysis in offering new interpretations of the ‘sproutbreak’ crisis. The academic community engaged with the available data to present revised analyses from those that initially emerged stating that the strain of E. coli had never been seen before. For instance, academic blogs highlighted similar strains between this particular outbreak and other ten years in the past. The benefits of collaborative and competitive crowd-sourcing were a much more rapid analysis of data which influenced the political response. In addition, the use of blogging, wikis and Twitter enabled, to some degree, subversion of commonly accepted academic publication practice with journal exclusivity being sidestepped in this particular case.

Dr Sabina Leonelli followed this with a summary of her research into open science and ‘data journeys’. The open science movement had invited exploitation of the Internet as a public platform for consultation, exchange and critique. In turn, this facilitated exchange of knowledge claims as well as data, techniques and materials thus driving collaboration and widening participation. However, the novelty of this development was questioned by Leonelli as well as whether free access to all information was practically available given its quantity and consequent immobility. This ‘data journey’ was the core of Leonelli’s research with its various stages being shown to involve huge amounts of labour and to provoke an array of conceptual, material, technical, social, financial and ethical concerns.

Finally, Dr William Spooner closed the session with a presentation that sought to bridge the gap between big data and its practical application. The processing of NGS data typically involves complex routes of independent software components that often provoke variability in response to the same data set. Additionally, ethical concerns around the identification of those individuals submitting their genetic data have been highlighted in recent months. In spite of this, progress is being made in this field. The key issue is how this can be applied effectively within the NHS.
Posted by mobo at 16:54