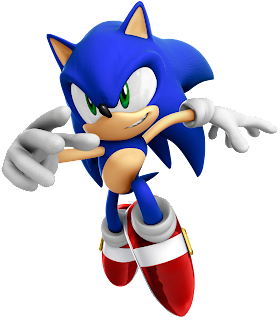 "The Sonic network functions as a genetic switch"

"Drosophilia hedgehog and Sonic Hedgehog, one of its three Mammalian homologs are canonical secreted signalling factors that regulate cell function and fate...)"

(Quotations from The Sonic Hedgehog Signalling System as a Bistable Genetic Switch by Lai, Robertson and Schaffer - Biophysical Journal Vol 86 May 2004)

One of the first "How it works" genes to be identified, Shh, as it's called, was found on Chromosome Seven of humans having been previously found on the genome of fruit flies (Drosophilia). Fruit flies are the workhorses of genetic research, and have been since TH Morgan first started battering their chromosomes before the First World War. The poor little blighters have been lured with rotting bananas ever since and irradiated, sliced and unnaturally selected for interesting mutations.


Geneticists found Sonic in the early 90s...and I suppose it says something about geneticists in the early 90s that this now-discovered-to-be-omnipresent little fellow didn't get named after a Roman God like the planets did...

Mercury was taken, I guess...

Thing is..this gene jumps about...like Sonic...and it grew spines on the first fruit flies from whose genetic material it was deleted...like a hedgehog...

Turns out it's both fantastically important and hence fantastically ancient. Sonic the Hedgehog has been around since fruit flies and humans (to name a mammal at random) shared a common ancestor...and has been acting as a switch...an on-off regulator...(telling genes where they are in the embryo and thus whether to switch on or off to make a leg or a nose)... more or less forever.

Sonic jumps around the embryos of pretty much everything that breathes, excretes and walks or flies about, telling us where to put our limbs, among other things. If Doctor Robotnik (or fate, or random mutation) inhibits its functioning, then any number of results from facial disfigurement to brain dysfunction to death (because the body builds itself wrong in the womb...or egg) can result.

The article I've cited is a good place to start if you want to know more. Can't wait till they find Duke Nukem!!!! 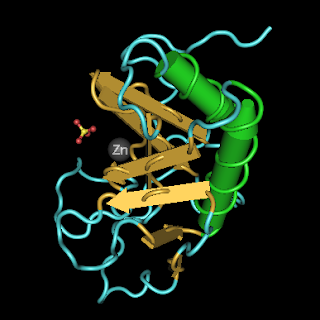 Peter Arnott is Resident Playwright at the ESRC Genomics Forum April 2011 - April 2012. Appointed in partnership with the Traverse Theatre Edinburgh, Peter will be hosting a number of public engagements as he explores ideas and seeks inspiration for a genomics related play.

Posted by Playwright in the Cages at 11:07