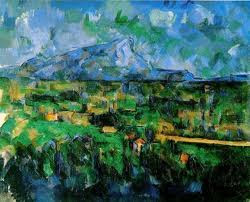 Cezanne famously painted the same views over and over, obsessed with changes in light and atmosphere. As this residency goes on, and as I obsessively ask myself, over and over, "What is Genomics?" - I go through a rotation of answers. It's a set of techniques, it's the social and intellectual implications of those techniques - and I am eventually coming round to my own "perspective". Or rather, renunciation of any such thing.

Genomics is a way of seeing the world by being in it. It challenges ideas about scientific "reality" as something out there waiting to be discovered and both integrates "being" with "seeing" and renounces, like Cezanne did, the idea of mastery. Of the viewer as a one eyed stationary God looking at a world they do not inhabit.


Which brings me to "Eyeless".

Like most of the first identified genes, "Eyeless" is defined double negatively. It was the absence of "Eyeless" that made a fruitfly that was without eyes. It's on chomosome 4 of a fruitfly and was identified in the "Fly Room" - the Palo Alto lab of TH Morgan, the first great explorer of the connection between molecules found in the nuclei of cells...and how bodies were made, how thos 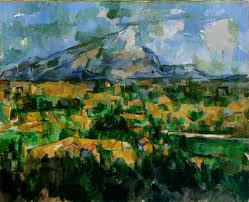 In the 1990s, Eyeless in Fruitflies was one of the first genes to be sequenced and identified as being "homologous" with genes in...well...lots of things. Including us. These days, having sequenced the genomes of mice and people AND fruitflies (inter alia), we call it a Hox gene for short. Its ubiquity as a molecule in the cell, and as an eye making agent in developing animals as ancestrally diverse as flies and mice - whose last shared ancestor was kicking about a LOOOOOONNNNNGGGG time ago- argues for its extreme ancientness.

Indeed, the gene for making eyes may have been around, as a molecule (or bit of a molecule) for much longer than there have been things with sufficient complexity and size to grow an eye - or leg or spleen - at all.

The eye was once thought to be the proof above all of an intelligent designer. It turns out to be an elementary adaptation to light...at least as old and established as photosynthesis in the earliest plant life.

We - you and I - in this view, are accidental agglomerations of molecules that just happen to paint pictures and think thoughts - themselves activities no more or less miraculous than gravity and breathing.

Perspective...it's not reality. "Reality" is a place that only exists for animals big enough brained to imagine it. Making a theory, interpreting the points of light above our heads as distant-in-space/time nuclear reactors - may well be "accurate" or "useful" as ways of seeing.

But that is all they are, ways of seeing and imagining. And, in the case, here and now, of what we call"genomes", manipulating.

We only live twice...one life for ourselves, and one for our dreams.


Peter Arnott is Resident Playwright at the ESRC Genomics Forum April 2011 - April 2012. Appointed in partnership with the Traverse Theatre Edinburgh, Peter will be hosting a number of public engagements as he explores ideas and seeks inspiration for a genomics related play.
Posted by Playwright in the Cages at 10:16