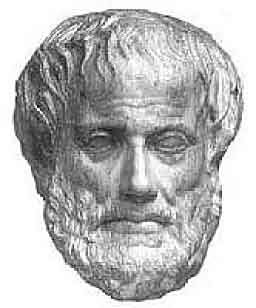 "Aristotle's doctrines were a very strong and lasting influence in the history of the world because of their compatibility with observation. For us, as for Aristotle, it is the sun and the stars that rise and set...As we proceed on our daily tasks it does not appear to us that the Earth is moving at high velocity. If we drop a stone and a feather from a high cliff into the sea then of course the stone reaches the sea before the feather does. "

Bernard Lovell. In the Centre of Immensities.

I'm such an amateur, in both senses of the word. I look back over the stuff I've written on this blog since May, and sometimes I catch the sound of myself pontificating away at the Traverse Bar...and I think "Who do you think you're fooling?"

My job was supposed to be to respond creatively to the philosophical/social/political challenge of the genomic view of life. I was supposed to come up with a drama. Instead I'm doing this over weight and unconvincing Bronowski impersonation, regurgitating half digested information I've just come across as if I've known it all the time.

A playwright is an actor with a pencil.

But then when I read something like the above written by one of the most famous 20th Century British astronomers, and it makes me feel a bit better. See, I had a chemistry teacher at school who once told me I was "as stupid as Aristotle"...which even aged twelve and still basically reading Marvel Comics to the exclusion of all else, struck me as a peculiar put down.

(He'd asked me to name an element. And I'd said "Fire"...based on information about a character in The Fantastic Four, as it happens...and that's when he hit me with the above epithet. I wish I could say it became my school nickname, but it didn't. Not the "Aristotle" bit anyway.)

Stephen Jay Gould wrote a lot about the arrogance of the "now". The assumption that because the scientific world view has been so successful that previous thinkers from other, older times must have been wilfully thick not to see what now seems so obvious...when had these god bothered ivory tower dwellers taken the trouble to look out of the window, had they observed empirically like they should have done, they'd have quite clearly seen what we can clearly see.

Lovell's point is that if we look out of the window we only see what Aristotle saw...that we have to learn how to see the earth going round the sun, or the chemistry that fuels digestion...or, just maybe, that neutrinos, once in a while, seem to beat photons in a hundred yard dash...

We don't live, except intellectually, in the world as it is. We live in reality as an evolved element of it. We have to engineer reality in order to understand it, and understand it in order to engineer it. And for a non scientist like myself, for the bit of me that's a writer, what my attempt to assimilate the genomic "view of life" amounts to is an extraordinary enriching of available metaphors. Honest to God, it's like waking up in a sweetshop (or even better, a cheese shop). I don't know where to start.

Which is why, I think, what I've come up with as a scenario reflects that sense of both richness and disorientation. It's going to be publicised in the next Traverse Brochure, and will try out some ideas which may or may not become the play I write. Briefly, it's about librarians trapped with the total information of the universe at their disposal...but who've forgotten how to read.

I know...iffy...but it feels how I feel and you've got to start somewhere. 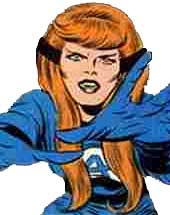 Peter Arnott is Resident Playwright at the Traverse Theatre Edinburgh, Peter will be hosting a number of public engagements as he explores ideas and seeks inspiration for a genomics related play.