This Is The Way The World Ends...not with a bang, but repeatedly passed through a ferret 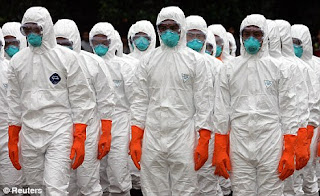 H5N1 is a strain of bird flu. Scientists in Wisconsin and Rotterdam have just proved its future transmissability between mammals by repeatedly infecting a chain of unfortunate ferrets, and the virus has evolved along the way, like viruses do. This hellish material now exists in a new strain that is airborne and can pass from mammal to mammal.

This research is of course essential. One of these days a virus is going to make the species jump that was made in the past by Measles (from cows), Scarlet fever (horses), HIV (chimps) ...and will one day become a threat to human health. And we need to know if and how that's going to happen. Hence the research.

But none of them, according to the US National Science Advisory Board for BioSecurity (NSABB) have got anything on this baby. NSABB chair Paul Keim said in November "I can't think of another pathogenic organism that is as scary as this one. I don't think anthrax is scary at all compared to this."

The reason this has been in the news in the last couple of days is that the NSABB has asked Science and Nature to redact...censor...the publication of these results. They think that we're going to get some fundamentalists buying themselves some chickens and some ferrets and start making this stuff in a garage somewhere. There is a lot more horror from the scientific community about the censorship than there is about the apocalyptic potential of terrorists getting hold of this stuff. Research and prophylaxis will be hampered, they say, unless the the flow of information gets everywhere it needs to get.

And making a weaponised version of this stuff is going to be TOUGH...you can't just pop it in the post. It was a long time ago that the idea of how to make an atom bomb occurred to Leo Szillard. And no one's put one in a suitcase yet.

(He was crossing a road in London in 1933. He blanked out when he put one foot on the road...and when he found himself standing on the other side of Southampton Row, he knew that it would work. But it took a lot of time and money to turn his epiphany into a mushroom cloud over Hiroshima...after which he reinvented himself as a biologist and sci-fi novelist.)

Besides, and this is the real point, something is going to get us one day. Bound to. Nature works like that. Viruses evolve very very fast...and they're always looking for new places to live. HIV doesn't want to kill people...you don't want to blow your new house up...but it takes a while to adjust to each other. We'll be naturally immune in a thousand years or so...and we'll both be happy. In the meantime, however...

Remember Jared Diamond's "Guns Germs and Steel"? It was Measles that conquered America. John Wayne only had a bit part. The Europeans had immunity. And the Native Americans didn't...the rest was just mopping up. 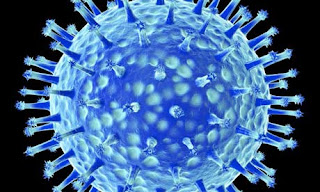 And one day sooner or later evolution of some kind or other, cosmic, climactic or biological is going to give us a right good kicking. Asteroids, climate change, viruses are all waiting in the queue for the apocalypse.


(This is all ending up in the play I'm going to write, by the way. It's a science fiction play, and no good science fiction can miss the trick of wiping out humanity some way or other.)

I think I've just found the way it's going to be. But it won't be terrorists who do it. Nah. Who needs blokes with beards and fixed opinions on homosexuality? As Mark Honigsbaum wrote in yesterday's Guardian, when it comes to terror, nature is the man for the job.


Peter Arnott is Resident Playwright at the Traverse Theatre Edinburgh, Peter will be hosting a number of public engagements as he explores ideas and seeks inspiration for a genomics related play.
Posted by Playwright in the Cages at 12:36