Any improvements on 1.5million? 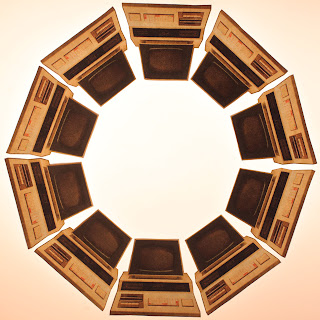 I really can’t quite believe that the 5 months is all but up! 3 days a week really doesn’t seem enough to digest even a tiny portion of the diverse research done within the Genomics Forum.

Lindsay and I have been conducting some very interesting interviews, ranging in subject (amongst many other things) from implantable defibrillators and whether we are our DNA with Gill Haddow, to innovation in agriculture and interdisciplinary research with Ann Bruce… So many interesting topics, but also, as always, so much potential for heading off on any number of tangents!

Alongside filming with Lindsay, watching back and digesting interviews, I have still been getting stuck in to trying to animate the chemical world. My original idea for trying to model proteins and DNA more accurately has been compromised a little, I’ve realised a balance needs to be met between accurate representation (as far as this is possible!) and some simplification for clarity! Feel like I keep talking about trying not to stray away from the complexity, yet, paradoxically, the only way to understand and appreciate scale and complexity is through simplification. And after cutting out many wee molecules, I must admit the idea of simplification does prove a little appealing!

I quite often get caught up with calculations while trying to work out interesting comparisons. I think continually dealing with gigabyte files has made it really hard to grasp the shear size of these numbers. I was trying to get a handle on this recently by imagining how many of these Commodore PET ‘2001’ 4K computers from ’77 it would take to hold a Human Genome. Now, I could well have gone wildly wrong somewhere, but I made it about 1½ Million, but as I say, I could quite easily have gone awry. I’m going to have to check some of the figures with some more reliable minds! Any improvements on 1.5million?