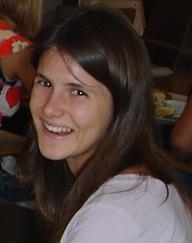 Coming to the Genomics Forum as a Bright Ideas Fellow is, for me, the perfect fit: I have a long association with the Genomics Network (I did my PhD through Innogen) and the book I am writing during my Fellowship will form part of the Network’s Genetics and Society series. And I’m in Edinburgh, which is not only one of my favourite cities, but also a place that will forever be associated with cloning—which the book is partly about—through Dolly the Sheep.

The book’s provisional title is Negotiating Bioethics: The Governance of UNESCO’s Bioethics Programme. UNESCO (the United Nations Educational, Scientific and Cultural Organization) began its work in bioethics in 1993. Over the past two decades it has ‘negotiated’ bioethics in two ways. Firstly, it has navigated the twists and turns of a developing moral discourse, as science and technology, particularly in relation to the human body, have progressed. Secondly, at the formal intergovernmental level, it has hammered out three international declarations: the 1997 Universal Declaration on the Human Genome and Human Rights, the 2003 International Declaration on Human Genetic Data and the 2005 Universal Declaration on Bioethics and Human Rights. More recently, it has been investigating whether we need an international convention to ban human reproductive cloning.

I’m using my time at the Forum to get to grips with the scientific and moral arguments for and against cloning that have emerged over last 15 years or so, in the wake of Dolly and the completion of the Human Genome Project. As a student of international relations, my main concern rests with the legal implications. The UN tried for a binding ban on reproductive cloning back in 2001, but after four years of wrangling could manage only a vaguely worded, non-binding declaration, supported by only 84 of the 190-odd member states. This has left something of a ‘black hole’ in the international regulatory framework, which prompted UNESCO to see if it could come up with a stronger, less ambiguous legal instrument. It couldn’t. Realising that achieving international consensus is impossible at present, the organisation has instead decided to focus on promoting international dialogue on the issue.

There is question mark over whether all this really matters. Amidst the daily reality of the myriad challenges humanity faces—war, hunger, poverty, disease—is regulating the one-day-it-might-be-possible world of human cloning really a priority? Inmaculada de Melo-Martín articulates this point thus:

When one reads analyses of this technology, one has the impression that we live in a society where our most serious and pressing problems are the pleas of infertile people, or the requests of those who want to replace their dead loved ones; a world where genetic disease is the main cause of preventable deaths, where individuality is threatened, where one of the worst things that can happen to children is that their parents have too many expectations because of their genetic make up, and where resources are all but limited.[1]

And the UN Declaration on Human Cloning recognises it too:

Member States are further called upon, in their financing of medical research, including of life sciences, to take into account the pressing global issues such as HIV/AIDS, tuberculosis and malaria, which affect in particular the developing countries.[2]

In other words, declared (half of) the UN, there are better ways to spend scarce resources than funding research on human reproductive cloning, which would likely be of dubious benefit to a relatively small number of people. Yet we must be careful of assuming that such frontier technologies are of little interest to developing countries faced with addressing more immediate and basic needs than those de Melo-Martín lists. As part of my research, I have sat in on UNESCO’s discussions on cloning. One of the most striking perspectives came from the delegate for Madagascar. Cloning research, he said, is not about ‘playing God’, but about understanding him better, so that we can love him more. I have not come across this viewpoint in any of the (largely Western) bioethics literature on cloning, yet surely such voices need to be heard if the debate is to be truly global.