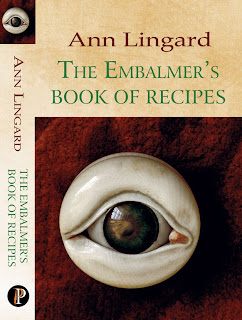 "Are you sitting comfortably?" is the title of my Keynote Talk at the Genomics in Fact and Fiction conference on April 23rd. My talk is scheduled for the graveyard shift, the last talk in a long, parallel-sessioned day, and immediately before the conference dinner -- so I don't want anyone to sit too comfortably or they might fall asleep.

Maybe I should consider this as the 'cabaret slot' instead and sing the The Hermaphrodite Snail's Lament  -- a disreputable but scientifically-illuminating piece of doggerel, written by the character 'Allan', in my novel 'Seaside Pleasures'. Snail genetics - what could be more suitable?

Playwright-formerly-in-residence Peter Arnott has set the precedent for songs in his blog, so try singing this one (to the tune of 'Oh dear, what can the matter be?'):

(Note: Schistosomes are the parasitic worms that cause the tropical disease bilharzia; their larval stages live in some strains of the snail Bulinus)

(General chorus)
‘Dear, dear! What can the matter be?’
‘Oh dear! Two snails with aphally.’
‘See, dear - they’re hermaphroditidae.
Can they have fun at the Fair?’

(The aphallic snail puts its case.)
‘But I don’t need another, I’m father and mother.
No sexual behaviour’s an energy-saver.
A penis is silly, I don’t need a willy!
I have fun on my own at the fair.

(General chorus)
Hey ho! We’re Bulinus truncatus.
It’s so! Our sex-life’s the greatest.
Ho ho! Cross-breeders or self-maters,
We all can have fun at the Fair.

(The phallic couple’s case)
We’re both sisters and brothers, we’re like two paired lovers.
We each can inseminate, phallus can penetrate,
Not so! I am dominant, penis is prominent.
So which has most fun at the Fair?

(General chorus)
Ha ha! Our genetics are so complex.
Ooh ah! So too are our modes of sex.
Production of offspring
Is one of our main objects,
So the species can go to the Fair.
(The tetraploid’s lament)
With four sets of chromosomes, I’m host to schistosomes,
Humans would best avoid water near tetraploids.
A larva could bore in, through my unprotected skin -
Then I’d have no fun at the Fair.

(General Chorus)
Oh dear, this water’s too fast to drowse.
Help, dear, I just want to stay and browse.
Quick, dear! Stick your foot where the rock allows,
Or we’ll be washed away from the Fair.
(Exit)

(The survivor’s lament)
I’m male and I’m female, but I am a lonely snail —
No-one to talk or play, they’ve all been washed away.
I’m alive and I’ll thrive, and I hope my own eggs survive.
I’ll be joined by my kids at the Fair.

I hope one or two of the audience will be shifting uncomfortably on their seats by now.

When Tony Mann, organiser of the London Maths Society's 'Maths in fiction' Oxford conference reviewed my novel, The Embalmer's Book of Recipes  - a mathematician, Lisa, who is also achondroplasic, is one of its main characters - he wrote that 'The novel is not always comfortable [reading]'. Later, when I asked him to clarify this, worried that he thought my writing was uncomfortably poor (novelists can be nervous creatures!), he explained that parts of the story had made him uncomfortable because he had been forced to "confront his prejudices" about someone with an obvious disability. Thankfully, despite this, "Lisa had become one of [his] favourite fictional mathematicians."

I say 'despite', but the right word might be 'because': perhaps if readers are challenged by a character who is outside the usual range of appearance or behaviour, due to a genetic or developmental mistakes, they have to make more effort to empathise and be interested in the character's story. (Of course, as with reading poetry, not every reader wants to make the effort: but there's no reason why an uncomfortable read should not also be a good read.)

Yet here too is the writer's challenge - because it's difficult to write about a character unless you, as the character's creator, understand him or her. For The Embalmer's Book of Recipes, the key to my own attempts to understand came when an achondroplasic friend of mine talked about the physical and metaphorical difficulties of  'seeing eye to eye'.

Without being too facetious, seeing eye to eye became very much more difficult when I was writing the stories of some of the exhibits in the Surgeons' Hall Museum, during the course of my Bright Ideas Fellowship at the Forum. Trying to understand what it was like to live as someone with such a huge developmental mistake as a third leg (so recently too - he died the year I was born), or as a woman with chronic pelvic and spinal collapse in 18th century rural Scotland, for example, was possibly the greatest challenge I have faced as a writer.

I can write about the sex-lives of snails; I could perhaps write about a lizard that lost its tail; a rook with one leg; a cat with 'wings' (google them); I've written about the 'man with three legs'. Where do you start to feel uncomfortable? And why? And is it important that you should?
Posted by mobo at 16:15