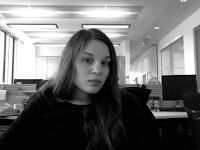 by Karen Jent
The world of science can seem remote to those of us outside the lab. So what is it like to be a scientist? I am a social anthropologist and am interested in understanding how everyday science works. I have spent the last six months in a stem cell research laboratory, observing what the researchers do day-to-day. It turns out that unexpected objects such as the laboratory timer play an important role.

“Drug quest to help elderly fight disease,” reads a Scotland on Sunday newspaper headline from an article reporting the award of a £600,000 grant to scientists at the University of Edinburgh for research on the regeneration of the thymus. The article is an example of a common public attitude towards biomedical research: the anticipation that a broad range of diseases may be ‘cured’ as a result of a single research project. In the case of regeneration of the thymus, no less than cures for cancer, improvements in bone marrow transplants and changes to the process of ageing itself, are mentioned.

The human thymus sits behind the breastbone and is involved in making T-cells, a type of white blood cell that is a key part of our immune system. The thymus is also one of the first organs to degenerate as the body ages, for reasons not entirely clear. As we grow older we steadily lose the ability to produce T-cells and therefore become more vulnerable to new infections such as different strains of flu. If we could find a way to regenerate the aging thymus, the body could make more new T-cells to protect us against infection. In the long term, this is what the group around Professor Clare Blackburn at the Centre for Regenerative Medicine at the University of Edinburgh is trying to achieve.

The human thymus: The thymus sits behind the breast bone and is involved in making cells of the immune system

Shadowing science
For the past six months, I have been visiting Professor Blackburn’s group and observing their routine laboratory practices. I am studying social anthropology at the University of Zurich, but I’m currently based in Edinburgh, dividing my time between the Blackburn laboratory and the ESRC Genomics Forum of the University of Edinburgh. During my stay, I am trying to capture what happens in the science laboratory. In particular, I want to explore how it operates as a physical space. How are the daily routines within this very specific environment linked to the rules and values of society? Does the political and social climate impact on practical laboratory work? And does the anticipation of future benefits from research – often fuelled by large funding awards – manifest itself in laboratory practices?

Tick-tock routine
Sadly, the everyday life of a researcher is not usually so much about ground-breaking achievements. It is about routine and meticulous regimes of manual and technical work, building evidence to help answer biological questions one small step at a time. The Blackburn team is not on a daily ‘drug quest’ – it is working to piece together an understanding of how the thymus develops in the first place, how it is maintained in the healthy body and how it degenerates.

One of the essential steps in this process is to understand the thymus’ development at the level of the genes inside the cells. All the cells in your body have the same genes, but not all the cells are the same, e.g. heart cells are different from thymic cells. This is because genes can be turned off or on, or made more or less active. This leads to a distinct pattern of ‘gene expression’ in a specific cell type. Which kinds of genes are expressed (turned on) to make functional thymic cells? Which genes are expressed when the thymus starts decaying? Scientists hope the answers to these questions will give them an idea of how to influence the cells and tissues of the thymus in a controlled way. This kind of control might then lead to new therapies for cancer, improvements in bone marrow transplants and new ways of tackling aging. Generally speaking, an understanding of the natural functioning of the thymus is key for influencing and controlling it.

"Entering the laboratory is an experience for all the senses."

Entering the laboratory is an experience for all the senses. There is a particular smell, a combination of chemicals and odours involved in the process of autoclaving (a technique used to sterilise equipment). There are areas of dazzling light, others of shadowy gloom, as well as zones of artful darkness for biological material that needs to be made visible in low light. There are hundreds of objects such as lab coats, row upon row of test tubes in every conceivable size on massive benches, arrays of chemicals and pipettes, fridges and freezers, colourful boxes and several categories of waste bins. Attached to the main laboratory is a labyrinth of offices and rooms. These rooms contain different machines and bits of apparatus, each with their own buzzing noises and humming sounds. Pervading it all is the sound of the laboratory timer ringing to announce the next step of an experiment.

In this colourful, noisy and very busy setting, the research team is taking steps towards identifying the genes expressed in the thymus. If these fundamental mechanisms are understood – like which genes are expressed when the thymus starts decaying – then scientists hope to understand how to influence the thymic tissues in a controlled way, potentially leading to therapeutic applications. The first step towards examining the active genes inside thymus cells is to break up the compact thymus into its single-cell components. The procedure starts manually: the researcher uses scissors to chop up the thymic tissue. Then refrigerated enzymes from small tubes are added to digest different parts of the tissue. This stage involves a lot of pipetting, centrifuging, calculating the exact amount of enzymes needed, mixing, heating to make the enzymes work, labelling test tubes, washing and waiting for the enzymes to do their job. The whole process is disrupted, and yet held together, by the shrill sound of the laboratory timer – the central tool used to organise the course of these events.

Eventually a small amount of material broken up into single cells from the thymus is secured. The next step is to pick out the particular types of cells that are of interest, using different tags that each bind to one of the many cell types of the thymus. This is done using a set of fluorescent tags that attach to particular types of cells in the mixture, labelling them with different fluorescent colours. Adding the tags to the cells once again involves pipetting, washing, mixing, centrifuging, calculating, labelling tubes, and waiting for the tags to bind to the cells. Again the various steps and different stages of the process are organised by the ever-present laboratory timer.

Once the timer rings to announce that the tags have bonded to the cells, living cells are sorted into different tubes according to their colour code. With their cells selected, the researchers move to extract their RNA (ribonucleic acid), a chemical a bit like DNA that is made in the cell when a gene is expressed, or ‘switched on’. So its back to pipetting, adding more enzymes, mixing, heating, washing, centrifuging, labelling tubes, filtering, waiting. And in its own understated manner, the timer organises everything.

The nature of findings
At the end of a long day’s work, the scientists are left with nanograms of extracted RNA specific to a certain type of cell. And they are now ready to start on the part of the procedure that could yield important results as they compare this extracted RNA with that obtained from samples with known genetic conditions. This means repeating the whole procedure again and again with lots of different samples to make sure the findings really show something important about the cells, and not just an accidental outcome of the laboratory procedures. So only after many months of laboratory work will the researchers be closer to establishing how the gene expression in the thymic cells of one mouse is different from the gene expression in the thymus of another mouse.

"As some of the scientists say, solving puzzles is the most interesting as well as the most challenging part of their work."

Even if the team finds a difference between the gene expression in the different cells, they still do not have a clear-cut result; a lot of testing and further work is needed to establish that these results are significant. And once a genetic cause for the decaying of the thymus is eventually established, it may not be obvious how it works or whether findings in mice are directly transferable to humans.

As some of the scientists say, solving puzzles is the most interesting as well as the most challenging part of their work: looking for creative ideas to make sense of different, sometimes contradictory findings, to pull small parts of knowledge together and work them into a broader picture. Research using nature’s samples is very slow; it is shaped by a lot of routine techniques such as pipetting and most of the time it is a long way from ground-breaking findings, and yet it is held together through the mind of the researcher and organised by the ticking of the laboratory timer.

Anticipating the future
From my anthropological perspective it is not only ground-breaking results of this biological research that are fascinating, but the seemingly unimportant and simple tools like the laboratory timer. On the one hand, the timer symbolises the repetitive everyday routine of the laboratory. On the other hand, in the standardised procedures of laboratory research, time is the organising principle that holds together the different steps of an experiment, and therefore the timer is a very important tool. When experiments are set up and biological processes are expected to happen, researchers leave the lab carrying their timer with them and go to work in their offices. The timer has an authority to it: its piercing sound has the power to introduce the next step of the experiment. The constant and continuous ticking of the clock symbolises the anticipation of the laboratory; with every tick the experiment is coming closer to its next move, to its subsequent action, to its next result.

As the article in Scotland on Sunday demonstrates, public expectations and research funders have their own kind of anticipation: namely that every further step in an experiment might bring science closer to cures for diseases. The anticipation of the everyday laboratory organised with its timer, and the anticipation embodied in research funding grants are thus very similar in one key regard: they are both highly oriented towards the future.