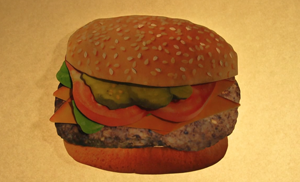 Our research trip was fascinating, with a spectrum of interesting topics discussed, it seems a shame to inadequately summarise the whole thing.

After talking with Neil Stephens and watching his talk on in-vitro meat, for me, the argument for its development has only become more complex, with many grey areas adding to this. For example- how do you gauge the yuck factor? With food being such a subjective area, it will definitely be influenced by being figuratively and literally a matter of taste. Personally there are many things that contribute to the ickyness, however, I’m only going to focus on one, partly because it’s the one thing/phrase that has stuck in my mind, but also, it’s for just that reason that it’s important. After 3 days of information overload, with such complex interconnected topics, phrases and acronyms can easily be glossed over, even if they are of great importance.

It has been proposed that this month, at a date that seems to be pretty closely guarded, the first in-vitro burger will be eaten. The cells to be formed into a burger, as with most lab-grown animal cells, are currently grown on Fetal Bovine Serum. Possibilities in using a type of algae as a growing medium have been proposed. At present cells are often sensitive to differences between batches of FBS, a transition can be made mixing some of the present serum with the new serum as an intermediary stage. However, if this small transition is sensitive, then the extension to growing on algae seems a bit of a leap.

To obtain ‘FBS’ there is a need for extensively farmed cows, as only a proportion will happen to be pregnant at the time of slaughter. So the current techniques in cell culture don’t seem too harmonious with both the animal welfare/meat alternative side, and environmental concerns with land use, water and gas emissions.


With regards to both the environment, meat alternatives and more pertinently, animal welfare, the view may be one of a lesser evil, the reliance of fetal bovine serum and a dairy/meat industry in the shorter term, may be crucial to its own replacement. It may also be seen as a dark irony, with Fetal bovine Serum being a ‘by-product’ of the industry. Although I think it’s less a by-product and more an offshoot industry from a much larger industry, with the processing that’s needed to aseptically obtain the blood from the fetal cow, isolate the serum from the blood, do quality and safety tests… 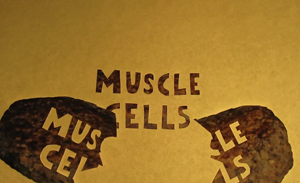 So if it is for the greater good, how can this be measured unless it’s known, if, and how long the move to an algae-based medium will take. Or is it possible that a balance can be met between having the 'real' meat and dairy industry to then support an in-vitro meat industry. For growing the meat itself, it is possible that reasonable numbers of animals will still be needed to provide the pool of muscle stem cells to be proliferated and differentiated to muscle cells in the lab. Embryonic stem cells may circumvent this, and with their propensity to proliferate, they may be a better option, however I imagine the process of guiding them to become muscle cells is more complex.

With any of these possible avenues, it still seems a little premature for PETA to be offering a $1 million award for the first production of 'viable' in-vitro meat. I imagine their supporters wouldn't be too happy with it's inadvertent support of the meat/dairy industry, let alone a process which involves extracting blood direct from the heart of the foetus of a freshly slaughtered cow. Not to be sensationalist here, as a meat eater, albeit a slightly less enthusiastic one now, I've definitely supported the meat industry. It's a very tough area morally, as a so-called by-product, in certain ways it makes sense for it to be utilised for future benefit. The possibility of any discomfort to the foetus has been shown to be minimal, outside that of dying within a few minutes of the slaughter of the mother, as the ethics section in wikipedia puts it- 'The time between maternal death and the start of fetal blood harvesting is relatively long and therefore means that there is minimal possibility of brain activity in the fetus at the time of blood harvesting and hence minimal possibility of discomfort' http://en.wikipedia.org/wiki/Fetal_bovine_serum - Ethics

Using a term like 'blood harvesting' does ring a kind of sci-fi dystopia alarm bell in me. It's understandable why some of the harsher realities in science would be masked from potential opposition with confusing terminology and acronyms. In fact it's perfectly suited to this, even the word bovine, though technically correct, is a less commonly known term, and can easily be lost amongst other technical terms and add to misconceptions. And to reduce it to the acronym is enough for FBS to be all but lost altogether to someone without necessary specific knowledge.

In the media it's often covered within statements like 'protein 'broth'' or 'a feed concocted of sugars, amino acids, lipids, minerals and all other nutrients they need to grow in the right way'. Although June's article in the guardian does make it explicit- 'a mixture of 100 or so synthetic nutrients together with serum extracted from cow foetuses'

I wonder if part of in-vitro meat’s credence as a research subject is down to the sci-fi nature of it, it’s a great popular science draw. It seems quite telling that NASA discontinued their spacecraft meat research though. Growing meat in a spacecraft is obviously very different, all nutrients and culture mediums etc. would also need to be onboard. However, it’s these factors that would also need to be measured and reduced on the ground, if too much space and energy is taken up by what’s needed to provide the environment/culture for the cells to grow, then the overall objectives won’t be met.

I obviously have no hold on the numbers, but how can you gauge the impact when there is unpredictability, many possible avenues of research, and no fixed timescales to take into account? Some models have projected that in-vitro meat could significantly cut emissions, although it varies for different animals, smaller 'more efficient' animals like chickens don't compete so well with their in-vitro counterparts, notably chickens, which are a primary concern for PETA. But how far do these models extend to cover all energy consumption in all contributing factors? Transportation, freezing, unfreezing, processing of fetal bovine serum and all of the other ‘100 or so’ nutrients etc. that go into the chemical broth, and all of the flasks and pipettes… Obviously processes to make it more efficient would need to be developed, but what happens if the shorter term consumption overpowers the longer term and the damage is already done? There is also the question of- if the meat/dairy industry were to be substantially reduced, would enough foetal bovine serum be produced as a by product to support other fields reliant on cell culture.

Cells can’t just proliferate, dream as we may that something can be created from nothing, cells need to be fed and cared for. In an organism they’ve beautifully evolved to fit their niche. Common sense seems to tell me it’s not viable, but I’ll keep waiting to be proved wrong!
Posted by mobo at 12:26