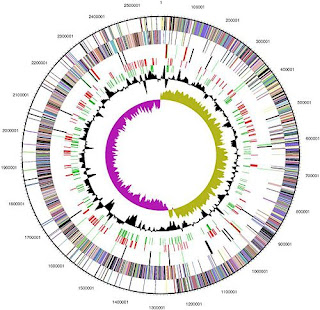 Well how was it for you?

We had our first informal gene therapy session in the Traverse Bar the other day, and a small but select band of pilgrims came to view the relics of my digging around in the genome. (see left)

I brought along the Act passed in the Tennessee Senate banning the teaching of evolution in 1925 -the act that John Scopes deliberately broke, thus prompting the three ring circus of the Dayton Monkey Trial, the founding act of political theatre in the long, still ringing tale of the post Darwinian culture wars...

I brought along another piece of legal history, the US Supreme Court Decision of 1927 (written by Oliver Wendell Holmes, no less) upholding the enforced eugenic sterilization of Carrie Buck - "three generations of imbeciles is enough" - from 1927...

And more up to date, the current hoo ha around the stem-cell regenerated pitching arm of Bartolo Colon of the New York Yankees...

And a story from last week about women in the States being prosecuted for harm done to the children they were carrying through pregnancy... up to and including murder...that I found in the the Grauniad last week.

(Why are all of these stories AMERICAN? Maybe because us Brits are too buttoned up to argue about belief in public. God Bless Michelle Bachmann! - He will if He knows what's good for Him!!!)

I didn't really have an agenda...and I don't know if we were any further on towards discovering one by the time we got to the end and I needed some Dutch lager.

But it was stimulating anyway. The conversation. And the lager.

We'll be doing it again in a while...and soliciting responses and contributions to the online poetry/prose poem/thought anthology "The Human Genre Project"

But in the meantime, having looked at the genome at the top of this posting, have a swatch at the cladogram below.

This is the modern take on the "Tree of Life". With a topologically appropriate model of "descent with modification."

Once again, if there really is a paradigm shift implicit in "Genomics" it has to be something along the lines of "sameness" - the homology of all life at the genetic level. Something to do with the near enough inestimable privilege of being alive at all...on a ball of dirt on the edge of the western spiral arm of the Milky Way. And how, Goldilocks like, by bizarre yet accountable happenstance, the primordial soup turned out to be "just right". And here we are. All of us. Even Michelle Bachmann.

Whatever else it does, it has to give us pause from living to have a look at life.

Or stop and smell the cyanobacteria or something...


Back the week after next!
Posted by Playwright in the Cages at 14:35