EGN Conference 2013 – Plenary One: What's special about scientific advice, governance and policy-making in the life sciences? 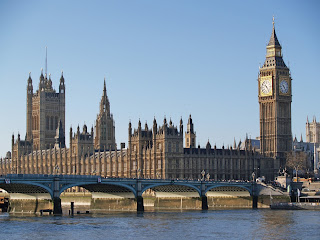 The first plenary session of the EGN 13 conference examined the nexus between scientific advice, governance and policy making, with specific reference the life sciences. As the chair - Innogen Director, Professor David Wield - indicated in his introduction to the session, The Genomics Network has been highley successful at working with policy makers, both across the UK and internationally, even though engaging the policy community in issues relating to social implications of genomics is not always straightforward.

The first of four speakers to offer their perspective on the session's topic was Professor Brian Collins - a former Chief Scientific Advisor (CSA) to BIS and the Department of Transport. Professor Collins used two case studies from his time as a CSA to illustrate how differing approaches to dealing with policy issues can be progressed.

The first example related to Biofuels, which are already economically important to countries such as Brazil, and potentially have increasing significance for the UK. Professor Collins illustrated a number of confliciting issues impinging on the development of UK biofuel policy at the beginging of the last decade, including: the drive for biofuel crops impacting food production; the fact that biomass is much more suited to producing heat/energy than vehicular fuel; responsibility for different policy areas for biofuels resting with different government departments; and the fact that international agreements framing biofuel policy were already in existence. Through a coordinated approach by scientific advisors from different sections of government, it was possible to address these conflicting demands and produce an approropriately framed policy.

Following his second example, relating to the policy on the use of non-human primates in medical research, Professor Collins teased out some of the factors important to the approach taken by CSAs, including:
Andrew Miller MP - Chair of the House of Commons' Select Committee on Science and Technology, offered insightful overview of the importance of scientific advice from the perspective of a policy-maker.

He provided an overview and the structure and work of the Select Committee - how through undertaking enquiries it ensures that government policy is based on sound scientific advice, and how it can also ensure certain issues are pushed onto the policy agenda. He also pointed out that as the Committee is not necessarily composed of scientific experts, its members also rely on scientific advice.

Mr Miller then went on to speak specifically about policy relating to the life science sector, and how its increasing socio-econimic importance brings both opportunities and challenges for policy-makers. For example, the life sciences are unique insofar as they form a central componenet in a number of government areas, including health, enterprise, agriculture etc. Fortunatley, there is much expertise to draw upon to help formulate life sciene policy relating to different government departments, as each of these now has a team of dedicated scientific advisors.

Andrew Miller concluded his presentation by pointing out that to be truly effective scientific advice (including that relating to the life sciences) needs to be transparent. Currently, scientific advice is in a healthy state, and it is his Committee's objective that this should continue by ensuring goverment draws upon appropriate advice in its policy decision-making.

Jim Philp - Science and Technology Analyst with the OECD - brought an international insight to the relationship between scientific advice and policy development. Within his role this involved analysing the cost, risks and benefits of particular policy directions.

He indicated that there were a number of factors inherent in policy development that impacted upon how scientific advice influences this, such as governements working to five year, as oppossed to 50 year cycles. Conversely, exhisting - but overley complex - regulatory regimes can inhibit the timely delivery of beneficial biotechnology.

Focusing on the example of biofuels, Philp presented a case study on the parallels between the adoption of previous fuel sources - coal, oil etc. - and the policy challenges in relation to the acceptance and viability of new fuel sources produced through biotechnology.

He closed his presentation by concluding that in order for advances in biotechnology to gain societal acceptance, a policy roadmap informed by transparent scientific advice is required.

Professor Chataway identified that in the UK there was a growing number of public/private partnerships aimed at developing stratified medicine. The UK Life Science Strategy puts this kind of partnerships and coolaboration at heart of policy in relation to developing such treatments.

This has resulted in a lot of scientific research and experimentation, but this can often be fragmented, and there is a limited evidence base and lack of evaluation in relation to its efficacy. Professor Chataway concluded by identifying the role enhanced scientific and social scientific advice could play in contributing to policy responses to this area of bioscience.
Posted by mobo at 10:33