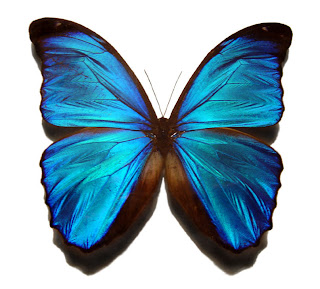 Because science and technology play an ever increasingly important role in our daily lives, there is currently a movement to add a fourth goal to the list.  To be an informed citizen one must not only follow the obvious social issues like taxes, international relations, and heath care, but also the research and technologies that shape our world.  Understanding the big bang theory or the ways that molecules interact might be able to assist in this process, but perhaps even more important is an appreciation of the variety of ways in which science and technology affect communities and vice versa. As science centers are both trusted and one of the few places where the general public actively engage science, they could provide a space for such engagements.

The Center for Nanotechnology in Society atArizona State University (CNS) and the Nanoscale Informal Science EducationNetwork (NISE Net) have been working together over the past half decade to develop ways for museums to engage the public in discussions about the social implications of nanotechnology. The early part of the collaboration produced nano and society posters, forums, table top demonstrations, scripts, and a Frequently Asked Questions webpage.   The most recent phase of the collaboration has been a series of two day workshops to train museum floor managers in ways to help their staff engage with questions about nanotechnology and society and the public. In September and October these workshops trained a hundred professionals from over fifty different museums.

The workshops were broken up into two primary components. First, they gave museum professionals a basic introduction to the social aspects of science and technology. They were boiled down to three basic ideas: 1. Technologies are a result of and shape values; 2. Technologies affect social relationships; and 3. Technologies cannot be understood as separate from larger systems.

In the early development of the workshops, however, the organizers realized that teaching content went only so far in helping museum professionals grapple with the social aspects of technology. Exhibit interpreters are used to being experts that convey scientific knowledge. But facilitating conversations was not something they were used to. Thus the second component of the workshops was focused on helping participants developing a certain level of comfort with listening to what visitors have to say and giving them space for sharing their ideas.

Our visit to the Genomics Forum in November was largely motivated by a desire to learn how our museum colleagues in Europe are trying to facilitate conversations rather than just serve as a depository of scientific expertise. It gave us a chance to explore the Museum of Scotland’s science exhibits as well as Dynamic Earth. We found museum interpreters who were enthusiastic about engaging the public and developing programs to facilitate conversations. Emma Frow, assistant director of the Forum also helped to organize a half day workshop that brought together a number of public science professionals from Scotland including representatives from the previously mentioned museums as well as Surgeon’s Hall, the Royal Botanic Gardens, and others. We found that there is a sincere commitment to engaging publics in broad conversations at these places and hopefully we were able to offer some constructive examples for continued developments in Scotland.
Posted by mobo at 15:01